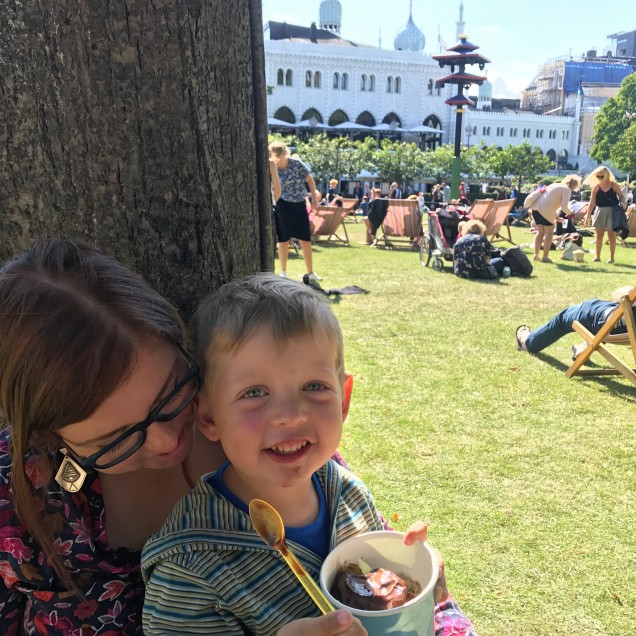 Our last few days in Copenhagen were…let’s just say a mixed bag. We had a great day at Tivoli Gardens, the 19th-century amusement park right in the city center. There were a lot of rides for little kids and Theo had his first experience winning a toy at the arcade (let’s not remember it took a million dollars in coins to get enough tickets for it!)

The next day we hit up the Louisiana Museum of Modern Art, a stunning architectural gem about an hour outside of Copenhagen. We had really been looking forward to visiting, but the day turned out less than ideal. The trains weren’t running so it took twice as long to get there via bus, and I developed one of the worse migraines of my life. Oh and Theo had a gigantic tantrum as he wanted to do art, not merely look at it. The torture we put him through! Turns out they had a wonderful 3-level children’s museum within the museum where he ended up enjoying himself molding clay and making collages. All in all, though, I think Rafe and I each got about 20 minutes each to look art on our own. And on the way home, we got caught in a torrential downpour and got completely soaked.

My migraine ended up lasting three days, including our travel day out of Copenhagen to Amsterdam. The plane ride was only an hour but I felt like death and continued to feel that way until this morning when mercifully it subsided. Anyhow, all this to say that traveling is not always non-stop fun, to say the least 🙂